Response of a damped mass spring system excited by various conditions on...

In this video, we will see how to find the response of a damped mass spring system excited by various conditions.

Where m is the mass, c the viscous damping coefficient and k the spring stiffness.

Using various blocks, we will build our model piece by piece. From a function x, we get dx/dt by differentiating with respect to time. Then we multiply dx/dt by c and x by k and sum the two expressions.

Working with integrators is better than with differentiator as in the former we could use the initial condition which gives better control on the solution obtained. The model becomes:

On Simulink, we will need the following blocks: two integrators, 3 amplifiers, one constant, one oscilloscope and two blocks to calculate the sum of inputs 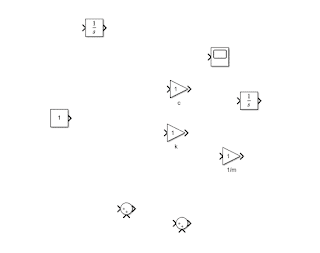 The blocks are wired together to give the following model 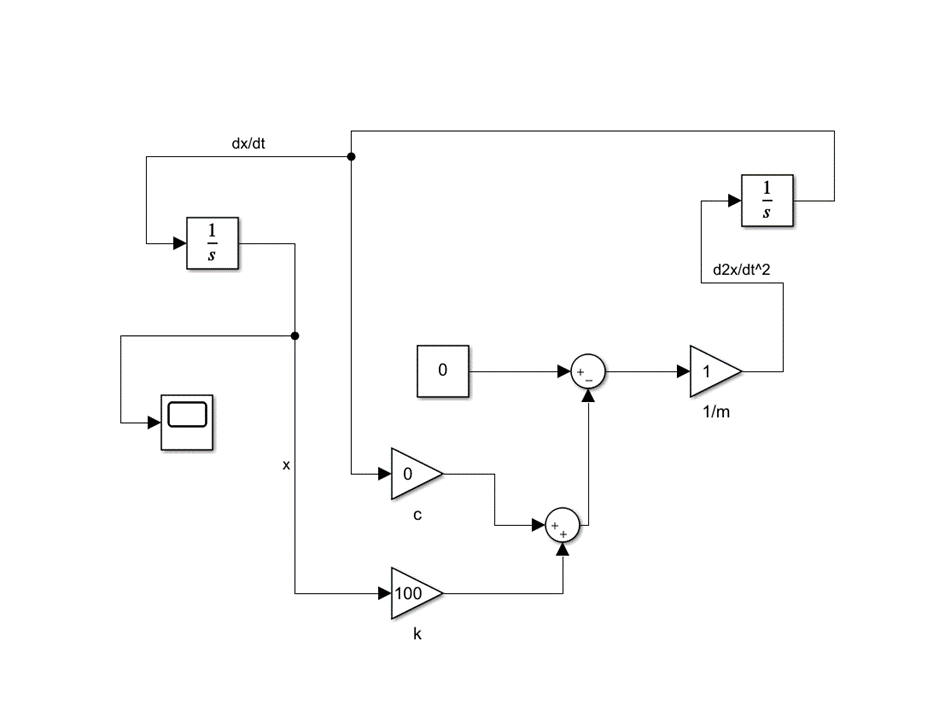 In fact, the two sum blocks could be merged into one block with 3 inputs and one output. The number of inputs is the number of + and – signs 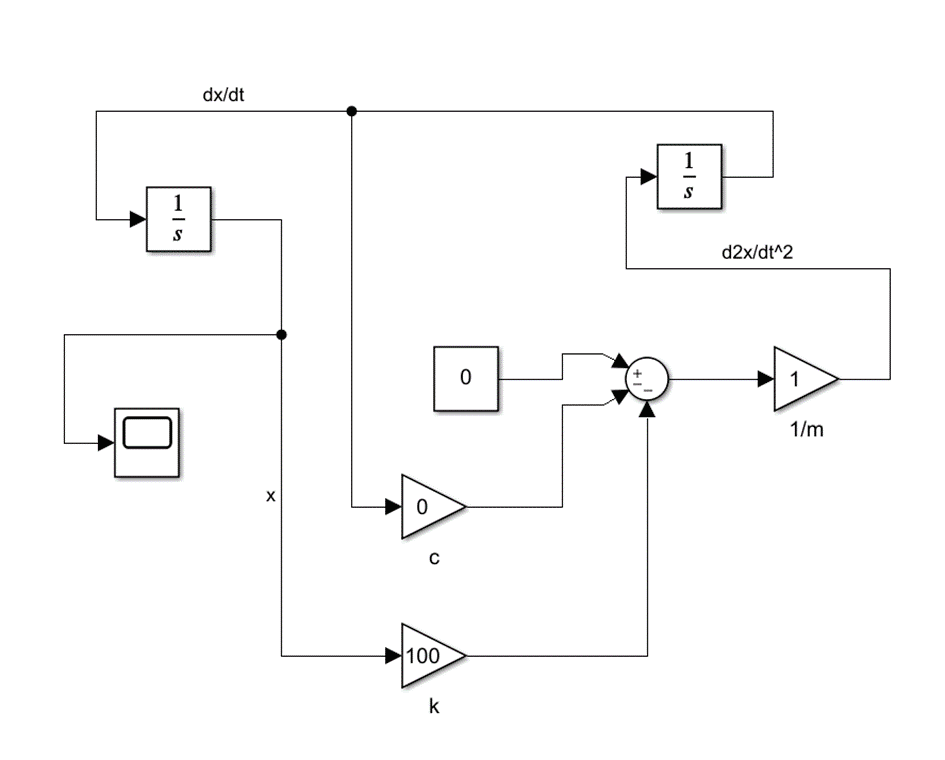 If we need to recover one of the parameters in Matlab’s workspace, we could send it to the workspace using the block ToWokspace 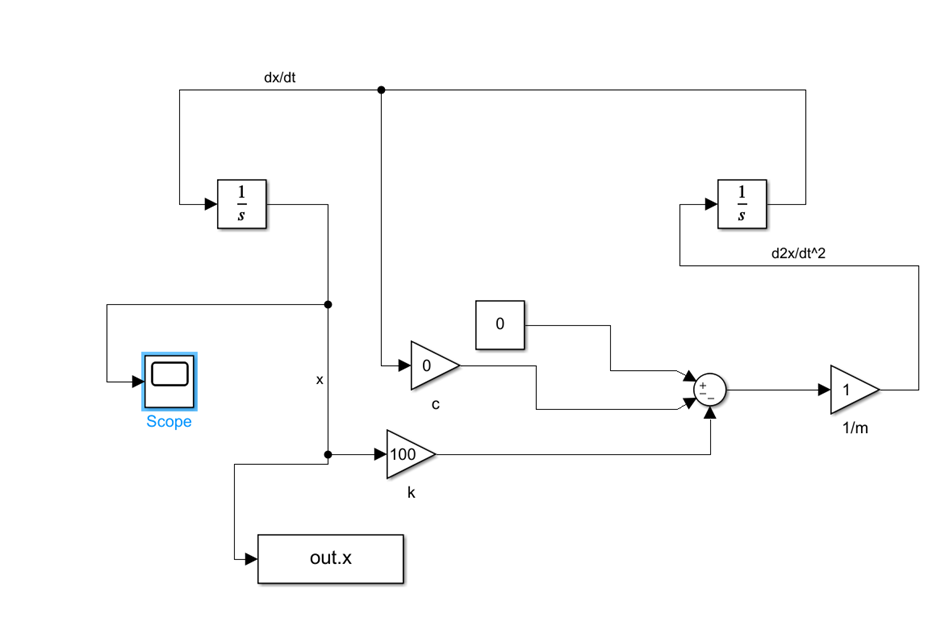 An object out will be created with two components which are of interest here out.tout is the simulation time and out.x which contains the solution x(t)

Now, let us see what the transient solution is found by Simulink. Obviously, the mass should not be at rest at t=0. Here we choose v0=1.

The solution of the undamped system displayed on the oscilloscope is 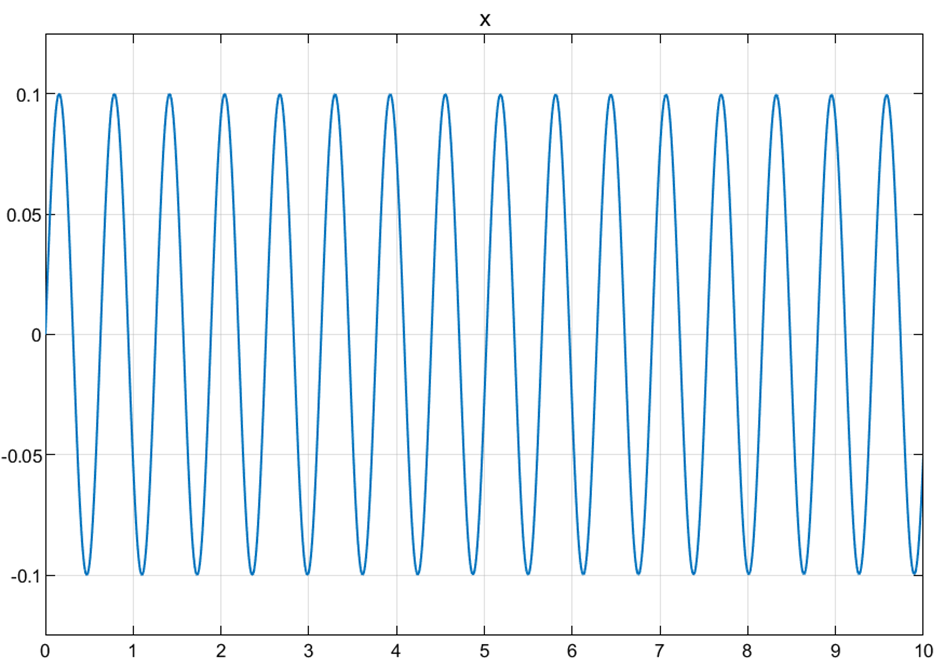 If we introduce damping, c=2 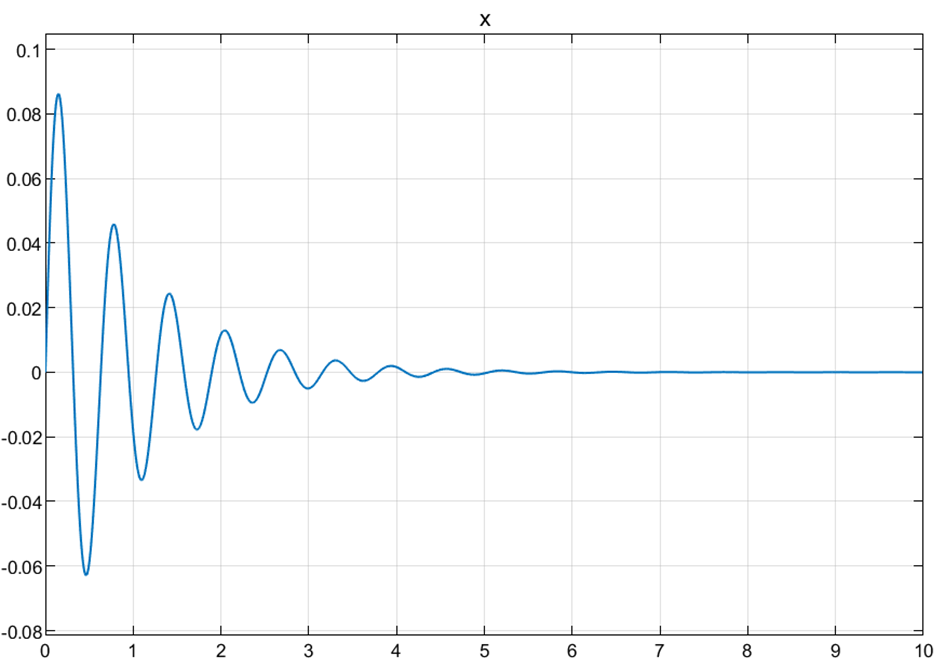 Of course, the same plot is obtained if we plot out.x against out.tout 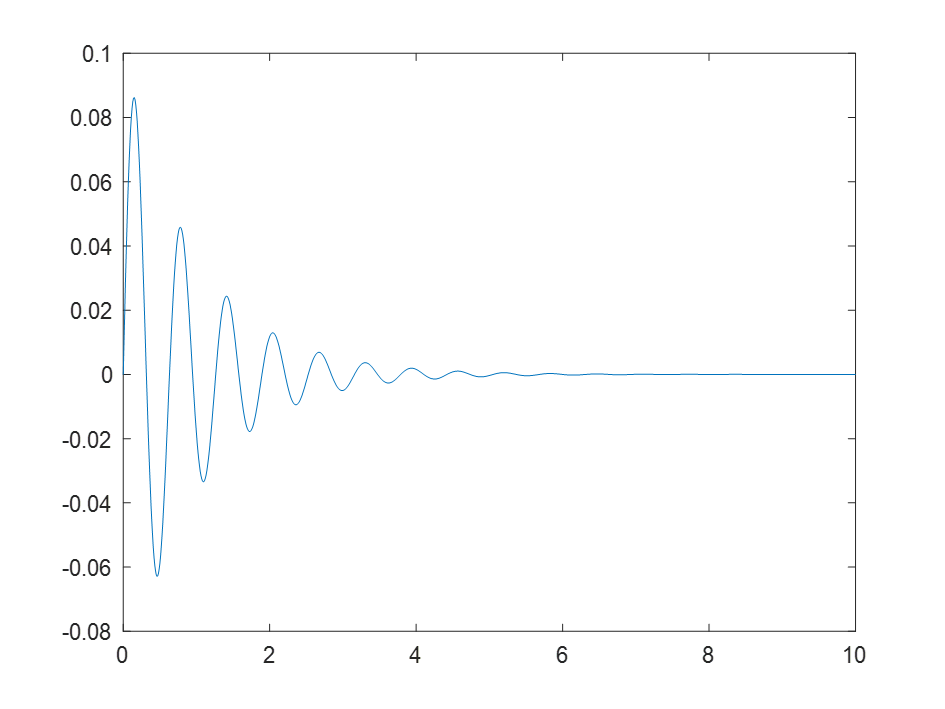 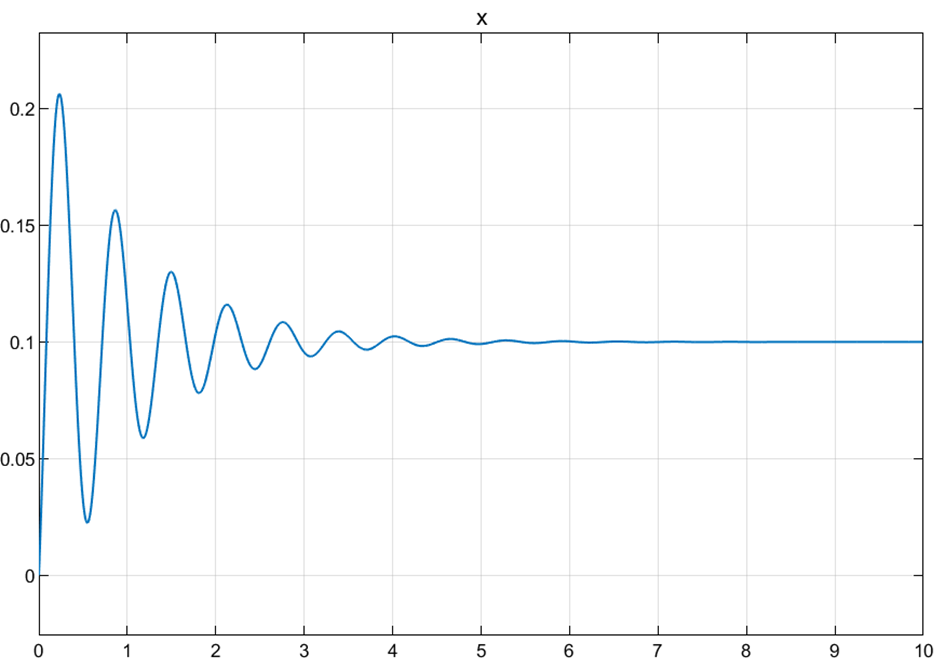 Now we will consider a variable force. Let start with a sinusoidal force

We change the constant force in the previous model with a sine source. Also, on the oscilloscope, in addition to the response we display the force 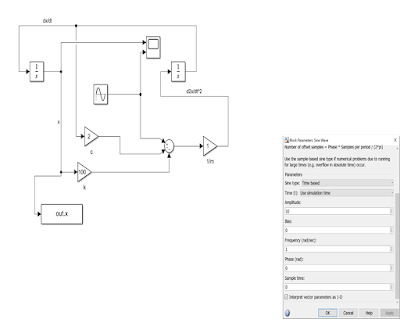 The amplitude is 10 and the excitation frequency is 10 rad/s without phase. 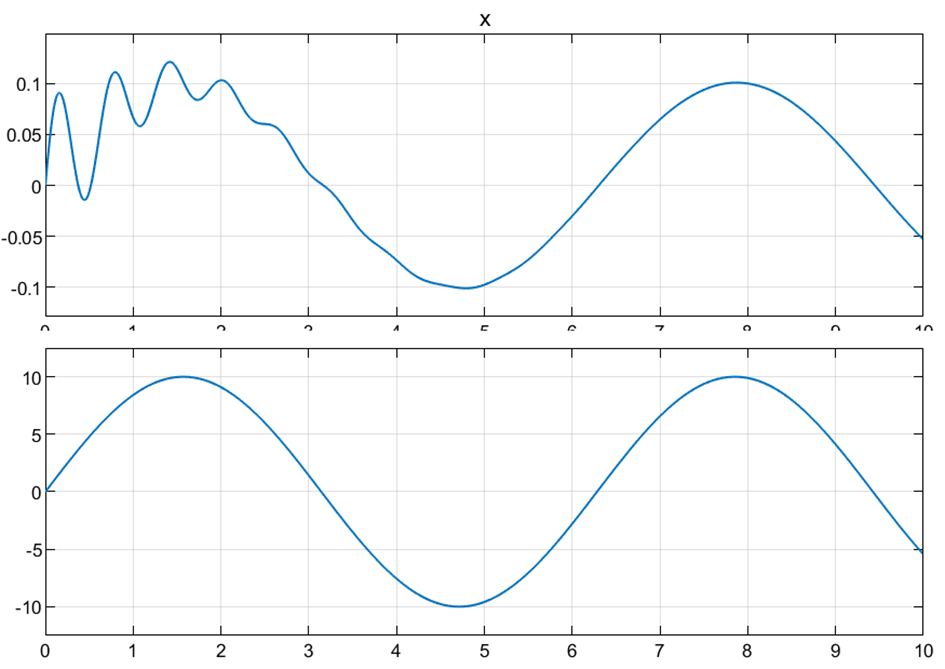 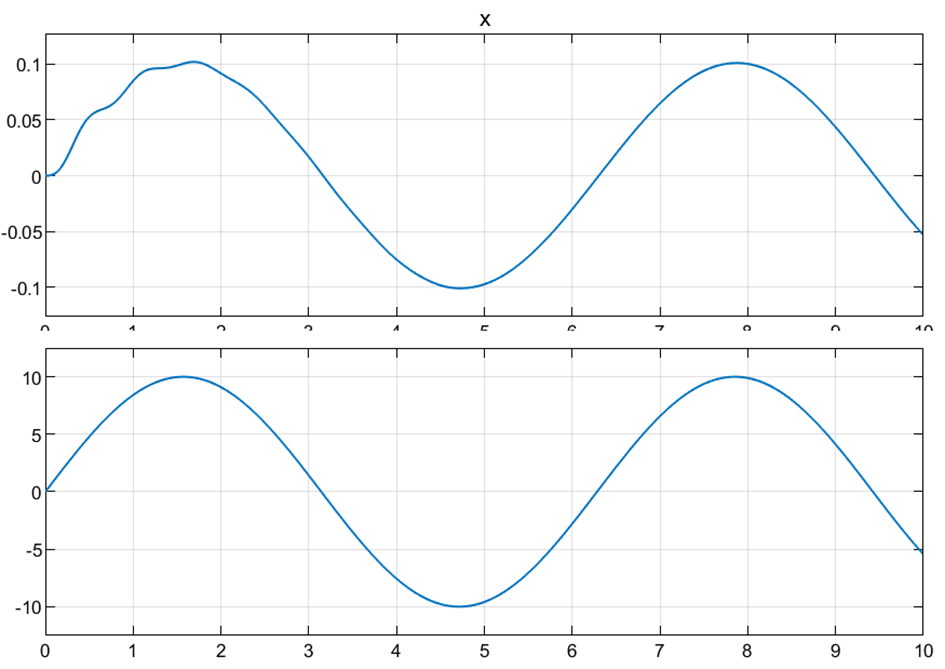 Most of the transient response has disappeared 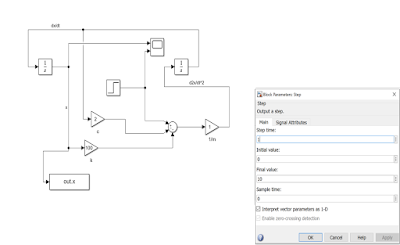 The mass m, initially at rest, remains so until the force appears. Then oscillates around f/k=0.1 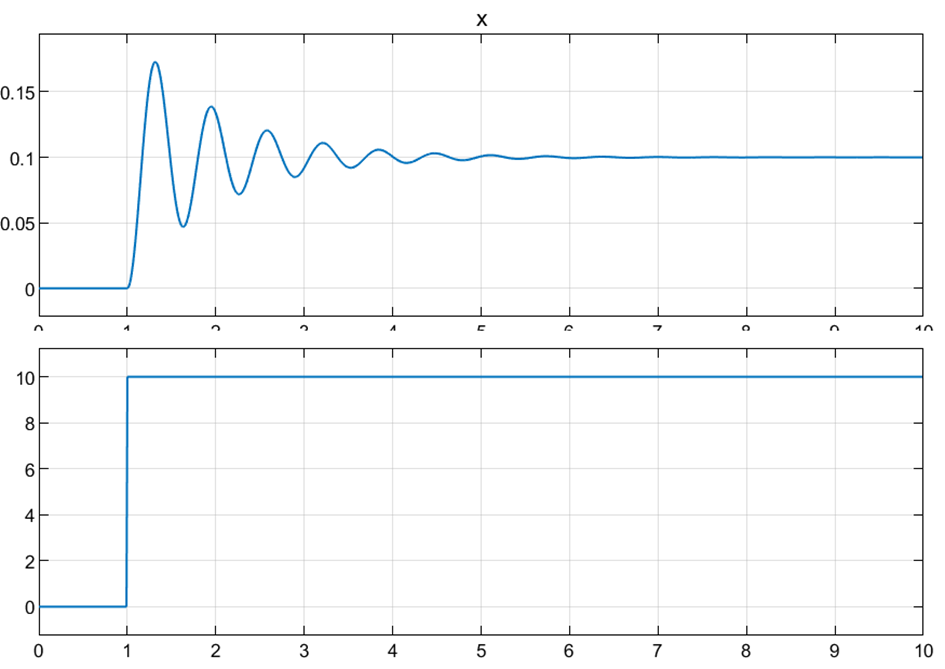 Instead of looking for other sources individually or combine some sources to produce special forces, we could use a signal generator which can generate a sine, a square, a sawtooth or random signals. 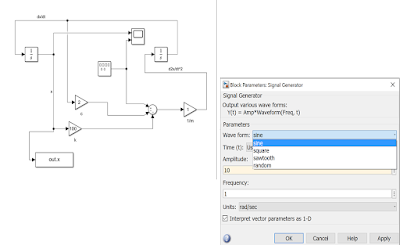 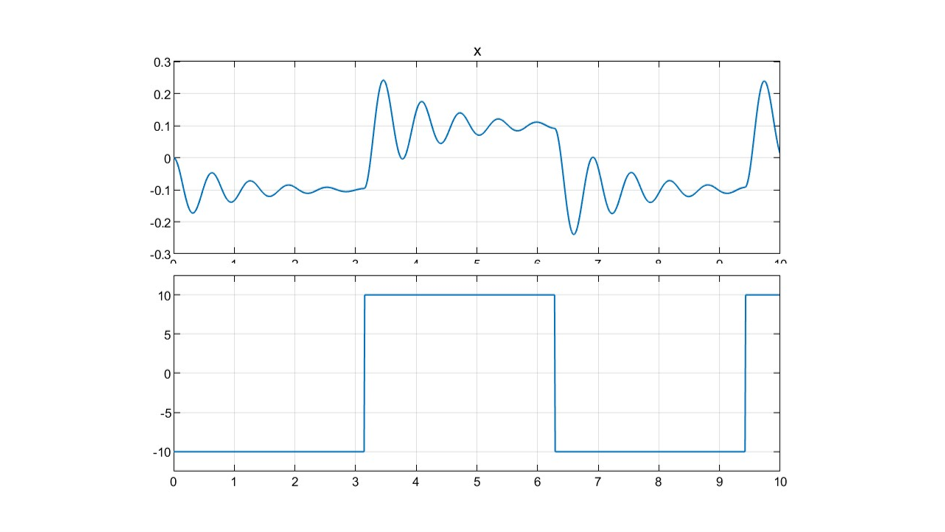 Another interesting source in Simulink is the waveform generator. It enables to define analytically multiple signal expressions and choose one expression as output at a time.

The second signal is the previous plus a pulse of amplitude 10 which starts at t=2s and lasts for 3 s.

The chosen output is the first expression 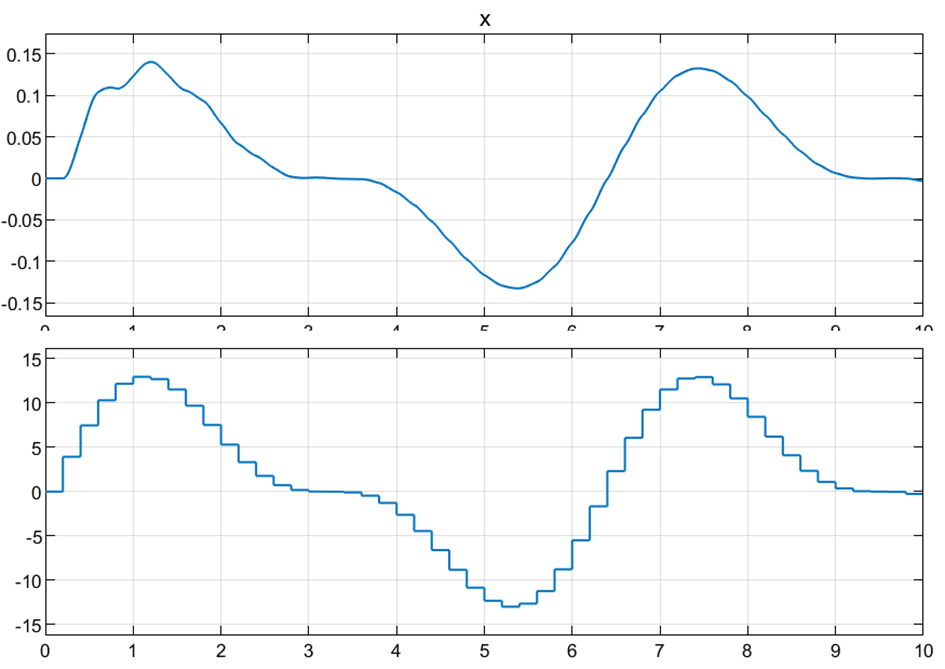 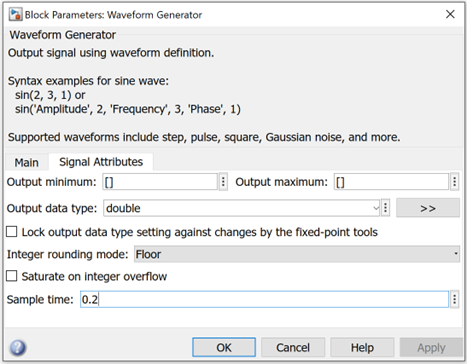 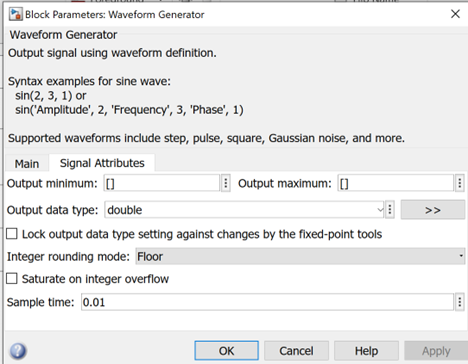 The result is much better 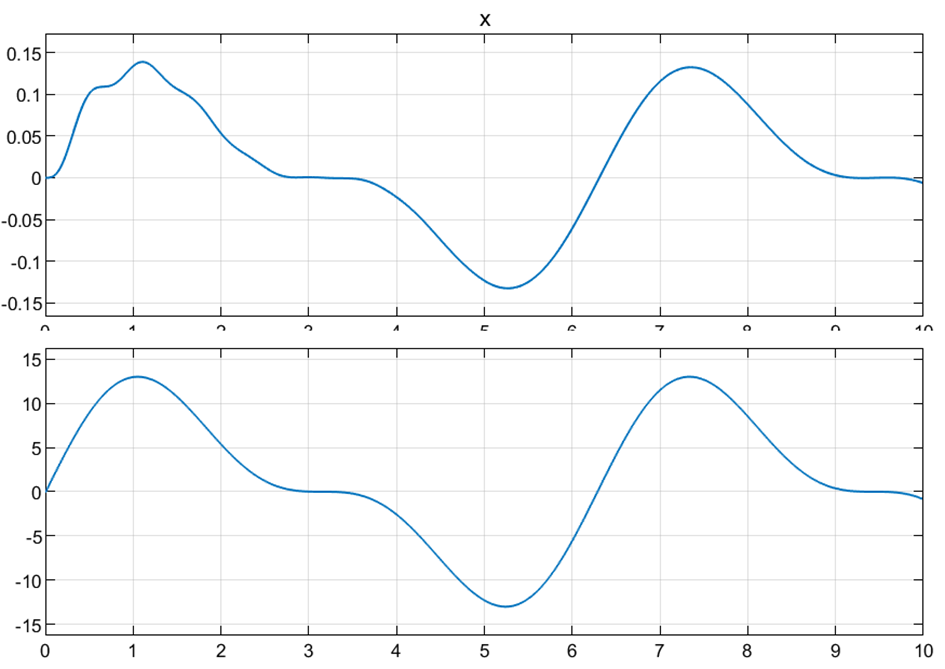 Now, from our waveform generator, let’s change the out signal to the second expression 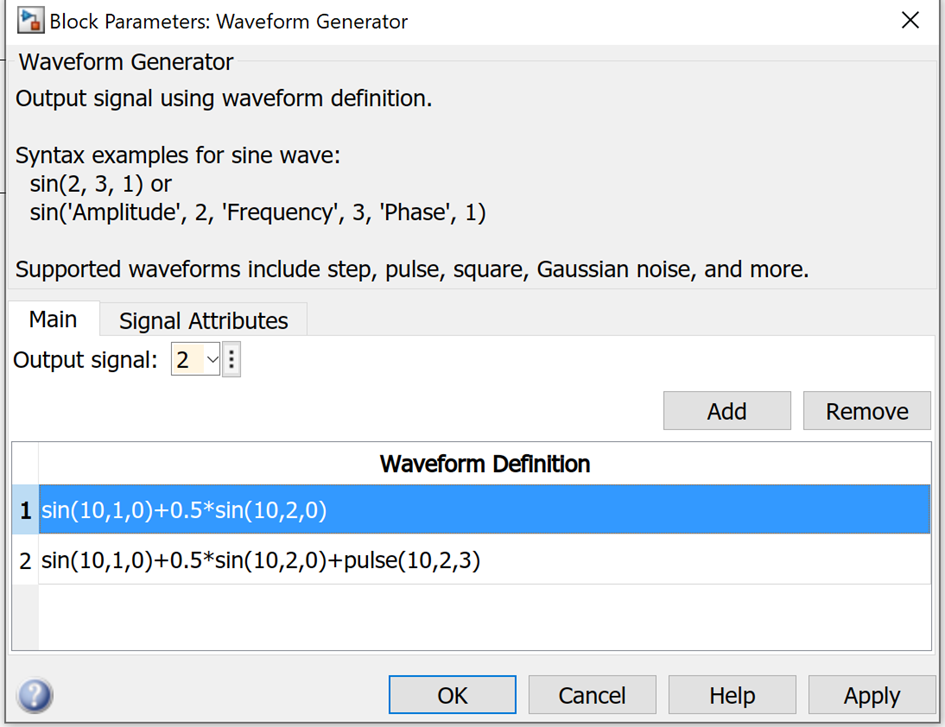 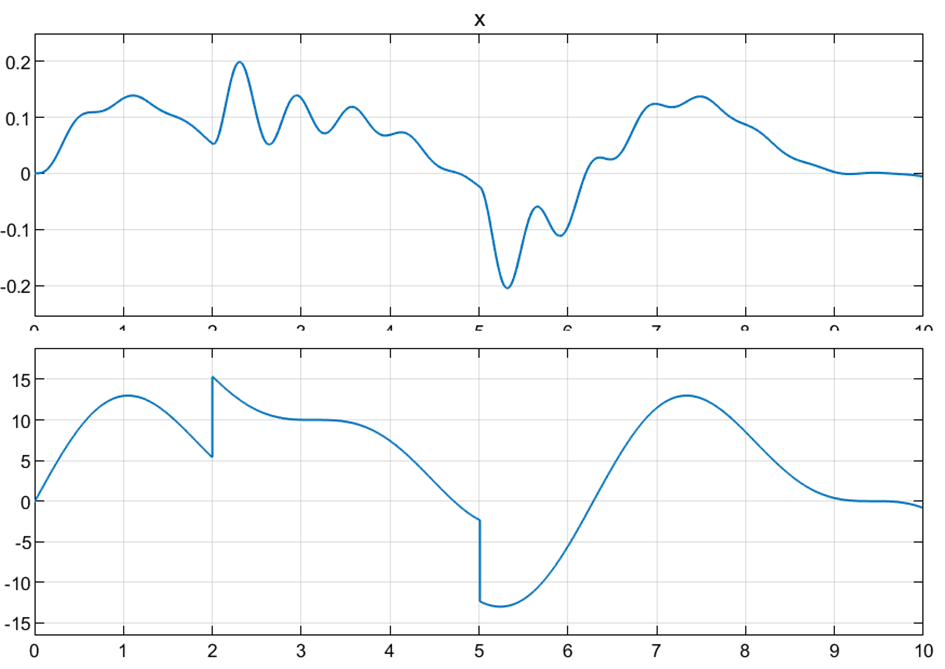 BTW, to appreciate the usefulness and practicality of the wave generator, to generate the same force we need four sources and a block to do the sum

Other sources exist in Simulink, but we have seen the main ones. You are advised to start using Simulink and discover all its capabilities.