Using Dropbox as Repository in Moodle

By default the size of file, which could be uploaded in Moodle is limited. In this tutorial, we will be exploring the possibility of using Dropbox as a repository to overcome the limitation.

Log in as an administrator to the Moodle site. Go to Site Administration then click on Plugins

Enable the Dropbox Dropbox and make it visible

In your favourite browser type https://www.dropbox.com/developers/apps
Once authenticated, click on My apps then click on the create app button

Write down the “App key” and the “App secret” generated by Dropbox. They shall be used in Moodle settings

Type in the URI for the oAuth authentication 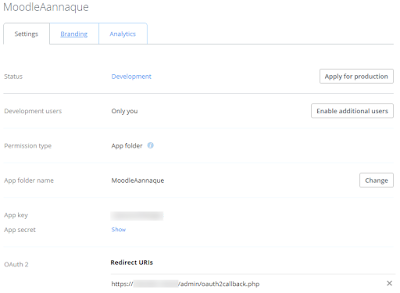 Our app is created in Dropbox. 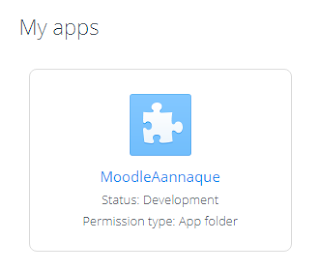 This is where we have to put the large files to be uses in Moodle.


Let us go back Moodle

Type in the “App key” and the “App secret” which we wrote down earlier.

The repository is ready and can be used to upload large files into Moodle.

Once we want to upload a file, the displayed pop-up contains the Dropbox repository. For instance, I have uploaded two large pdf files to Dropbox. We can see that the size exceeds the 8Mb limit.